Pimoroni's Button SHIM gives you five handy, physical buttons and an RGB status LED, and it's HAT and pHAT-compatible!

Pimoroni's SHIM-format boards are designed to slip neatly onto your Pi's GPIO pins and still allow you to use HATs and pHATs at the same time. Or solder the included female header onto Button SHIM and use it as a standalone board. The buttons and status LED stick out from the top edge of your Pi, making them easy to access.

Use Button SHIM to add physical interaction and visual feedback to your project. It makes the perfect controller for LED boards like Unicorn pHAT and Blinkt! Or why not use it with Four Letter pHAT to turn your Pi into an alarm clock, or stopwatch/timer?

Because there's an IO expander to read the button states and drive the LED, you'll still have full access to all of your Pi's pins, assuming the I2C address (0x3f) doesn't clash. 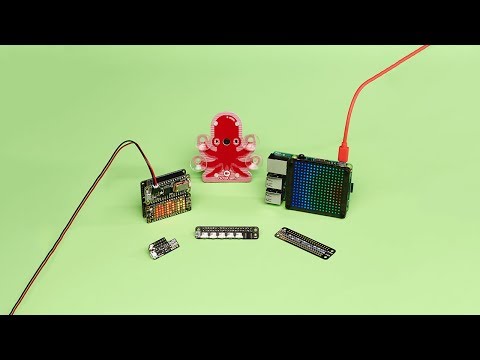