Yahboom Arduino 4WD Robot is a perfect 4WD robot platform with Arduino UNO as the core controller. Most of the components are connected with screw and copper pillar, and a few parts are designed with the anti-reverse socket. You can build your own robot with several simple steps of assembling and software debugging, then learn all about Arduino UNO, robots, sensors, Bluetooth communication, obstacle avoidance, and wireless remote control. In addition, you can also take it further with your own code by taking advantage of the BST-4WD multi-function expansion board, ultrasonic sensor, Bluetooth Module, IR sensors and LEDs in this kit. If you want to have an education robot that meets the demands of learning, entertainment, competition, and DIY, it is the best option for you. 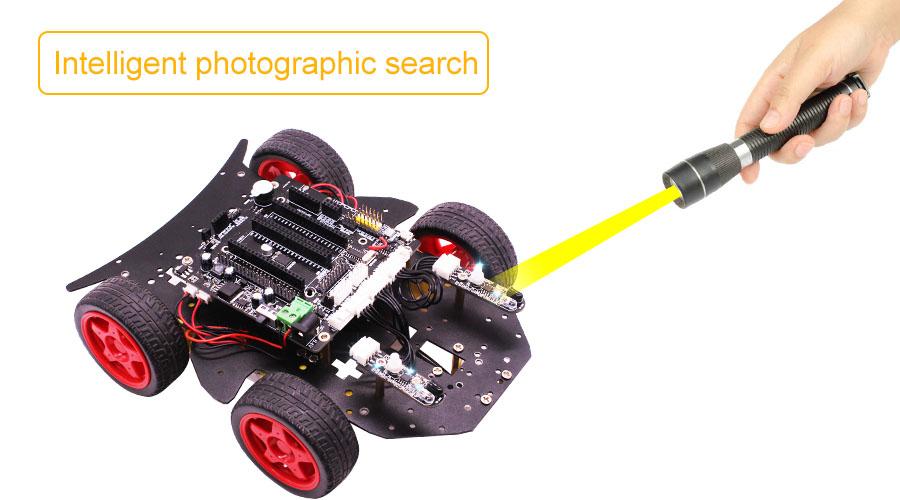 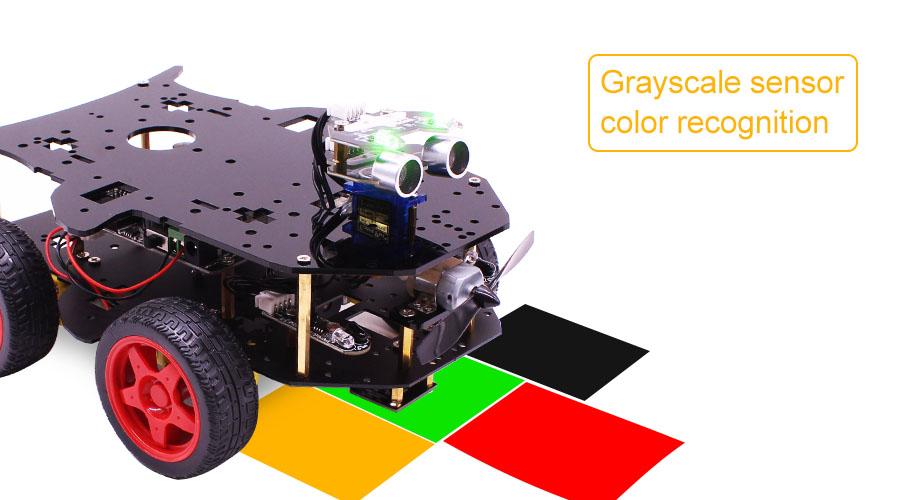 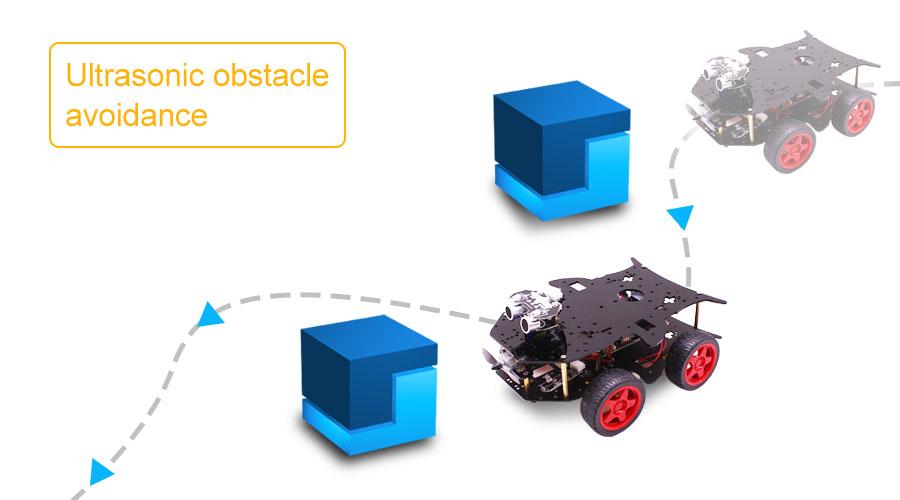 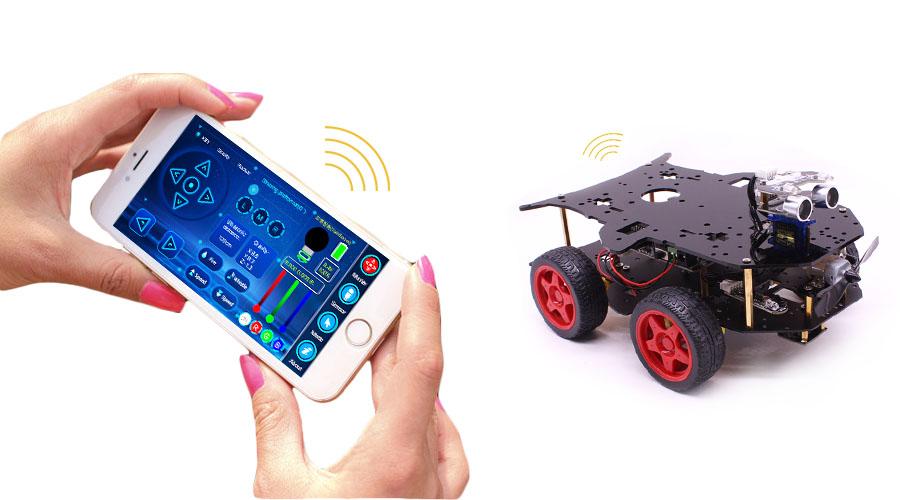 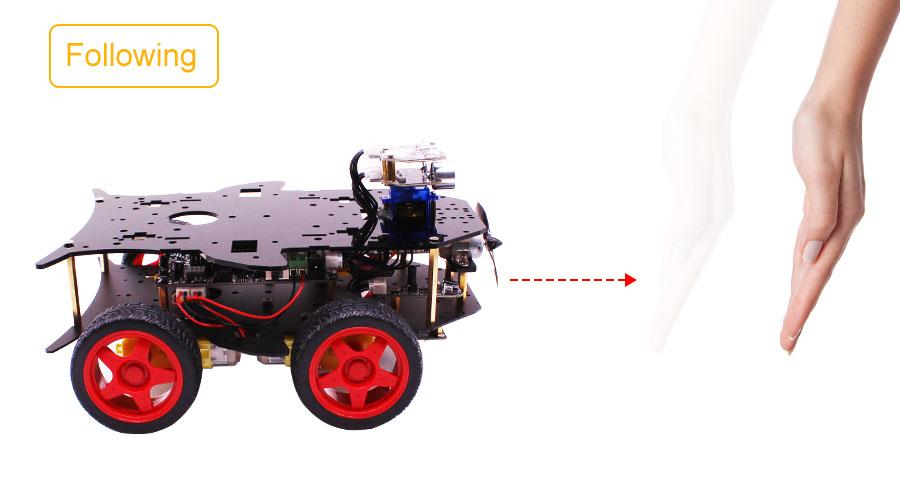 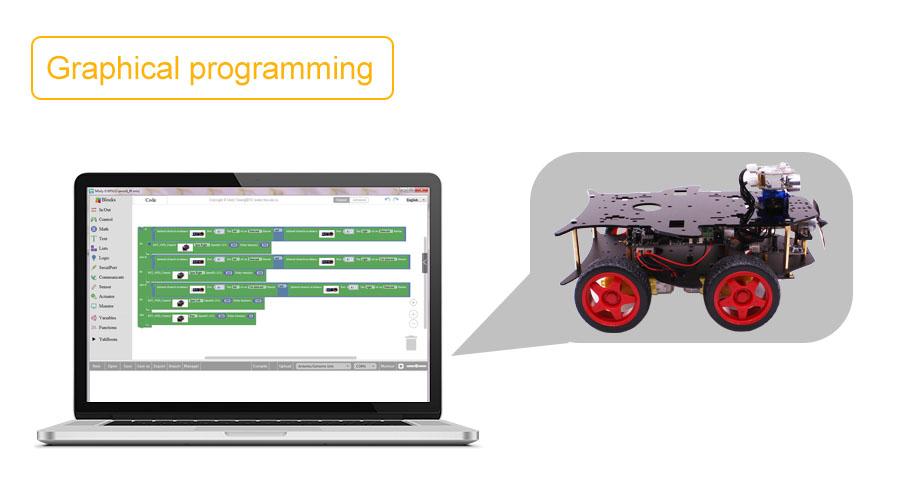 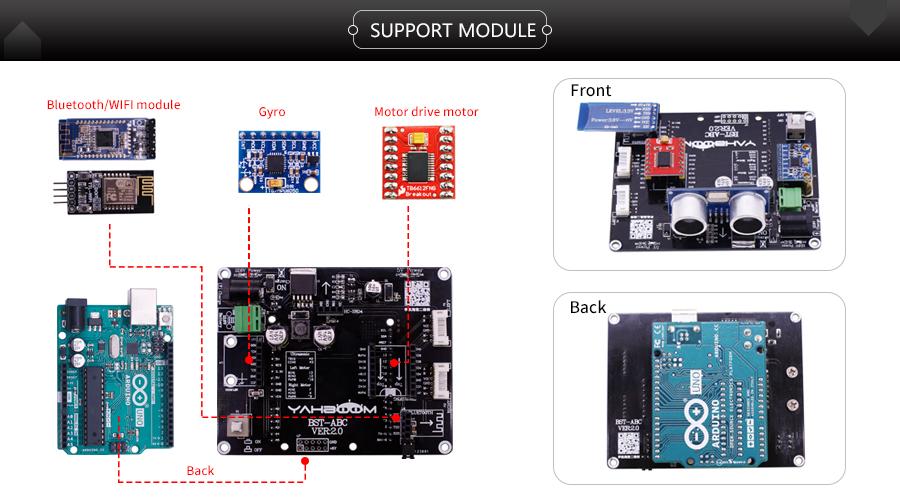 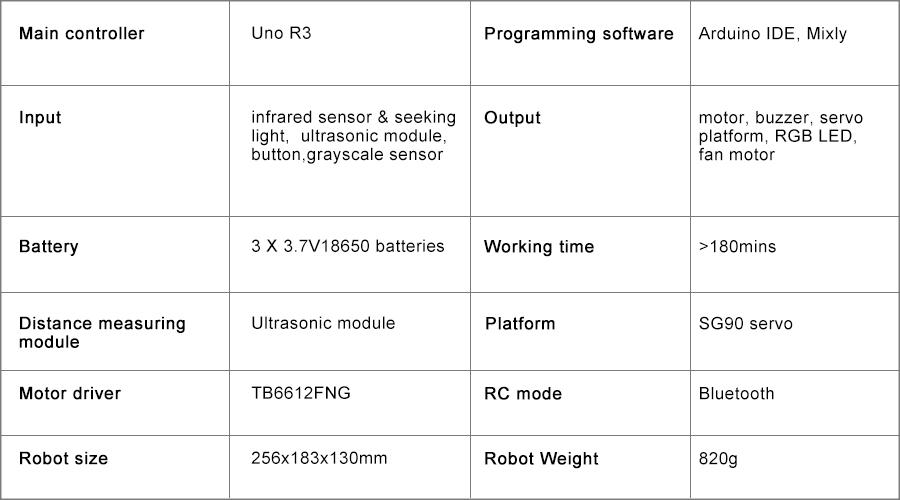